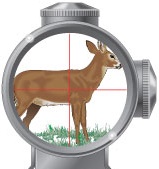 The hunting season is upon us again. Hunting is a very popular pastime in Finland. I have been told numerous times that hunting here is a much less dubious pursuit than the aristocratic hunting with horses and hounds, of foxes in Britain (supposedly illegal, but not in practice) or roe deer in France, in which most participants are literally “there for the ride”: here, I am told, people have to trek through the woods in a test of endurance and fitness, battling the wilderness as well as the elusive quarry.

But let’s leave that aside for a while and turn to a form of “hunting” that supposedly has even less to do with “real hunting” and which has received widespread criticism from both animal-lovers and “true hunters”. Ian Michler’s film Blood Lions is an expose of the “canned hunt” industry in South Africa, an industry that masquerades as conservation and even enlists the unwitting help of well-meaning but naive young people from Europe, but in fact breeds lions to be shot by trophy hunters, especially from the USA.

The film was a very effective critique of canned hunting, but, presumably in an attempt to get the majority of the hunting fraternity on its side, and perhaps to avoid giving the impression to the majority of people in general that it was a piece of animal rights propaganda, the film carefully avoided any criticism of hunting as such. In fact, it emphasized that the canned hunt was not a hunt and clearly attempted to drive a wedge between the “true” hunting fraternity and the canned hunt operators, so that one of the people who played a part in exposing the industry was an American hunter.

Although I fully understand why this was done, it raises questions about the supposed gulf between canned and “real” hunting. Ian Michler himself has said that in the first few years of his campaign “true” hunters not only failed to support it, but were hostile to it. Only now have some hunting organisations begun to condemn the “canned hunt”, notably the Deutsche Jagdschutz-Verband (DJV), which prides itself on its strict “ethical hunting” rules, in their case backed up by law. Hunting organisations may have suspected that Ian Michler and co. were part of an animal rights movement which opposes all hunting, or had a hidden agenda to ban all hunting, or, even if they didn’t, that banning canned hunting might be the thin end of the wedge and might eventually lead to a prohibition of all hunting.

The reluctance of hunting organisations to get involved in the campaign strongly suggests that they are more opposed to animal rights than they are to breeding lions in captivity to be shot on demand. Now the hunting organisations are joining the campaign against the canned hunt because they see that the growing opposition to it can damage the reputation of hunting as a whole, so they have to distance themselves from it. But their slowness in taking this stance raises a question: can it be that there is a closer affinity between canned hunting and other forms of hunting than they would like to admit? And what of the claim many hunters make that their form of hunting is “ethical” or “fair”, diametrically opposed to the “canned hunt”?

I do not argue here that “true hunters” would like the opportunity to treat nonhuman animals in a cruel or negligent way before killing them, nor would I dispute that so-called “canned hunts”, a term devised by its opponents, are not actually hunts. By definition, hunting should involve some form of chase: the animal quarry has to be detected, pursued, brought to bay and either captured or, more likely, killed.

The basis of the argument that this form of hunt is “fair” is that the animal has a chance to escape. But the probability of escape is not high; in the French deer hunt it may be 50%, in other forms of hunt much lower. Neither is the contest “fair” in the sense that both sides have a chance of winning. The pursued animal is faced with several humans, usually armed with high-powered rifles with telescopic sights, and tracked by a pack of dogs trained to assist the humans, or in the case of the English-style foxhunt or French deerhunt, these hounds do all the work while the “hunters” follow on horseback.

Doubts about the fairness of the contest clearly exist within the hunting fraternity, as some have now taken to hunting with crossbows, bows or handguns to make the supposed contest “fairer”. In many countries, including Finland, many wild animals are shot from specially constructed platforms, but this killing is still regarded as hunting, although it involves no form of pursuit. This form of target practice has a long history: even in the late Middle Ages more “hunts” were conducted by driving animals into killing zones where nobles with crossbows or bows waited at prepared stations to shoot them (the so-called “bow and stable” hunt) than by pursuit with hounds.

The medieval treatises on hunting, however, emphasized the more “heroic” pursuit, just as hunters emphasize it nowadays.

Some of the defenders of hunting in Blood Lions stated that “if an animal has no economic value it has no purpose”, or “hunting gives an animal a purpose.” Both statements are obviously anthropocentric: while the first may have elements of a relatively modern (capitalist) conception, both reflect a long-held belief, that humankind has dominion over the animals.

Early in the film Ian Michler mentioned that some of the deeply religious South Africans used the dominion given to humans by God according to Genesis as a justification for their canned hunt operations. Some hunting associations like the DJV, which inherits its rules from the hunting treatises of the Late Middle Ages, emphasize ethical hunting, which not only includes the concept of fairness outlined above but demands a quick and supposedly painless kill, eating of the animal’s meat and the use of all the animal’s parts, so nothing is wasted, as if the dead animal can take consolation in that.

Like the medieval treatises, this code of conduct raises the animal quarry to the status of a sort of “honorary noble”, a worthy opponent for the dedicated hunter, an animal who is treated as an honoured opponent when dead.

Although not necessarily following such a strict code as the DJV, several American hunters in the film Blood Lions expressed a similar idea – “We understand animals, and we are the conservationists: animal rights people have no understanding of animals.” What they mean is that they understand “the ways of animals”, their habits, their tracks, how they behave at different times of the year, and so on. “Understanding” does not mean empathy for the animal and certainly not placing nonhuman animals on an equal footing with humans in any way, nor does it mean giving the hunted animal a chance to win the contest of hunter and hunted in the way that the hunters might, by killing its opponent.

The animal is given a status as a respected opponent whose purpose is to please humans and die at their hands.

However, some hunters do develop empathy with the animals they hunt, and it is at this juncture that many give up hunting, a point made at the end of Blood Lions in a part that was slightly out of keeping with the rest of the film, as it was making a point about hunting in general, not “canned hunts” specifically.

Are ”canned hunts” the exception?

The South African canned hunt as “sport” is by no means unusual. In the country where I have lived most of my life, the UK, many private landowners have large fenced-off areas where pheasants or other “game birds” are bred specifically to be shot out of the sky in the autumn. The gamekeepers employed to look after the pheasants bear a striking resemblance to the people in the lion-breeding centres – they are aggressive, have great difficulty in constructing a sentence without including at least four swearwords in it, and give a good all-round impression (?) of a thug.

Like the people who pay thousands of dollars to shoot a captive-bred lion in South Africa with a minimum of effort, the British bird-shooters are rich people who may pay several thousand pounds for the privilege of being transported round the park and then killing the birds, which are driven out of the woods or grass and into the air by low-paid beaters. This is not called “hunting” in Britain, but it comes under “hunting and shooting”, and the practitioners of both are often the same people, which once again raises the question of how opposed many hunters may be to the principle of “canned hunting”.

So, what is the difference between rearing birds to be shot and breeding lions to be shot? The obvious difference is that lions are more impressive to the human eye (and ear) and more highly valued by people in general, a point made by one of the canned hunt operators in the film. The gist of his argument was that “no-one cares about most other animals being treated like crap, so why are they bothered about lions?”, whereas my point is “if people are bothered about lions being treated like crap (i.e. bred in captivity to be shot), shouldn’t they also be bothered about other animals being similarly treated?”

Many people noted this discrimination between animal species in the controversy about the killing of Cecil the Lion: the death of Cecil the Grouse would not have raised such an outcry.

There is another difference between lions and game-birds that has a powerful influence on this discrimination, which is that they belong to different classes of vertebrates. Many surveys have shown that most people have a simplistic concept of these classes as an evolutionary hierarchy, mammals (to which humans belong) being the highest, birds coming second, reptiles third, amphibians fourth and fish last.

The underlying assumption of “the closer to humans, the higher in intelligence and the higher in value” takes no account of parallel co-evolution of species in the different classes. It is no coincidence that human mass slaughter of fish, the supposed “lowest of the vertebrates”, raises less objection even than slaughter of birds or mammals.

Much was said during the film and the panel discussion afterwards about the charade perpetrated by the “canned hunt” operators, their attempt to portray their industry as conservation. The representative of the Finnish hunting association on the film discussion panel also objected to the pretence that “canned hunting “ is hunting, repeating several times that the hunt with rifles and dogs was (by comparison) a “fair hunt.”

So what should we make of the statements of real hunters, when they speak of their sport this way, or in terms of “conservation”, “ethical hunting”, or “respect and understanding of the animal”? And why do they either convince themselves that these are indeed aspects of their hobby, or pretend to others that they are?

I am prepared to accept that in varying degrees of importance, fitness, striving for something and getting a reward at the end of the effort, as well as wanting a piece of tasty meat that the hunter him- or herself has procured may contribute to the satisfaction many get from the hunt, although none of them have anything to do with ethics or regard for the animal. However, I also suspect that feeling macho and the joy of killing often play a part in the hunter’s hobby.

It seems that hunters’ difficulty in mentioning these two motivations reflects an underlying unease about what they are doing, just as the canned hunt operators’ misinformation campaign is clearly based on unease about the result if the general public were openly confronted with the truth about their operation. Hunting of genuine wildlife is more transparent, but still concealed behind a smokescreen of bogus ethics and claims of regard for animals and nature in general. 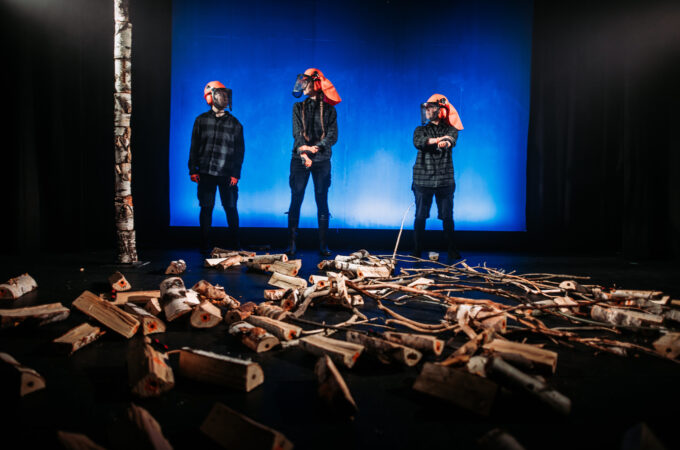 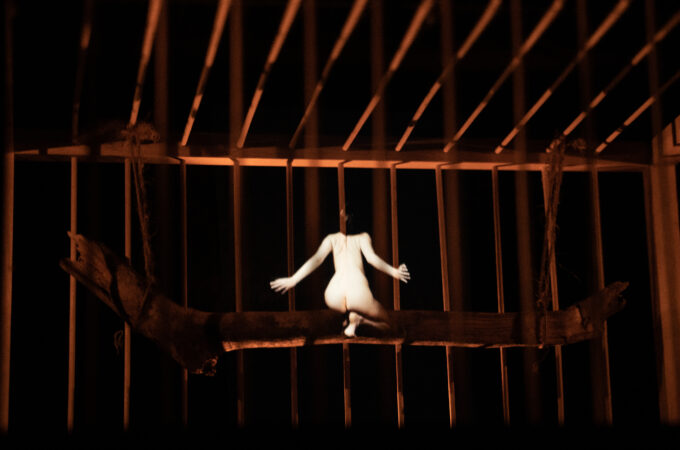 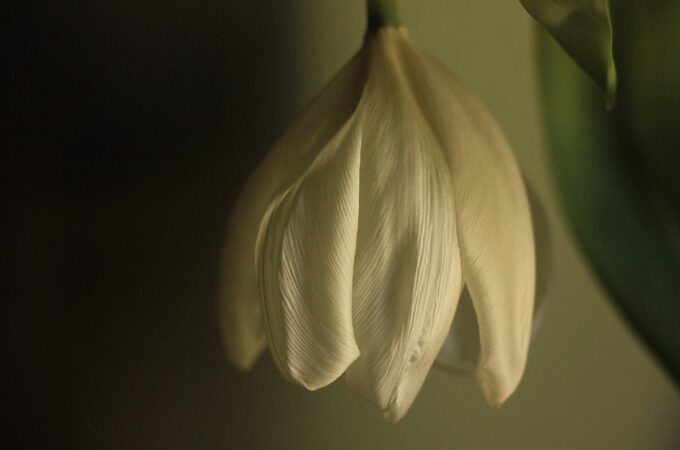 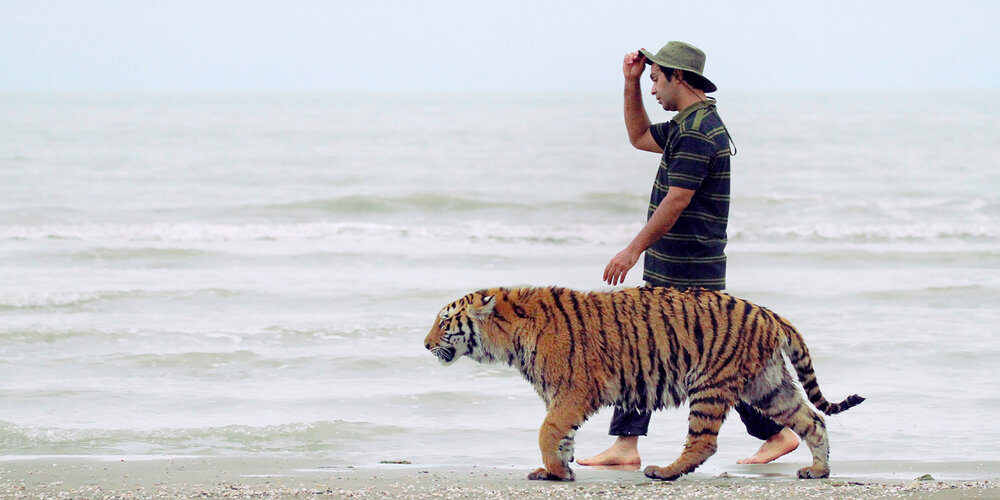 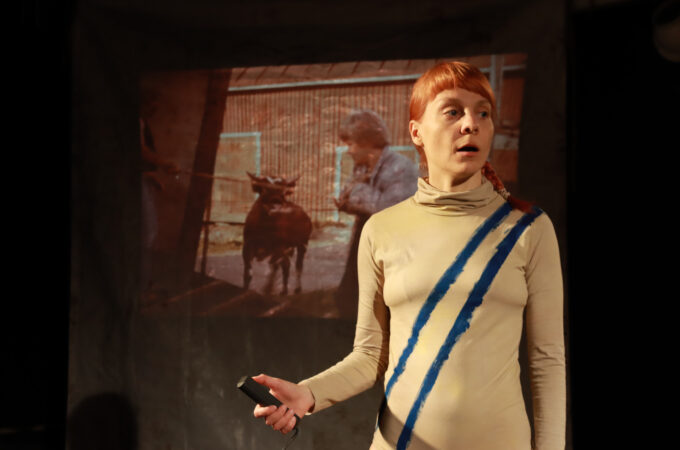